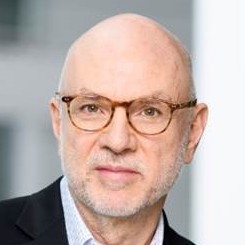 Stephen Rasmussen joined CGAP in 2006. He is the Lead Financial Sector Specialist heading a team that works on building digital financial systems for poor people in countries in Asia, Africa and the Arab world. CGAP is an independent resource center housed in the World Bank dedicated to working on financial inclusion for poor people. In 2014-2015 Rasmussen also established and was the first CEO of Karandaaz Pakistan, a start-up company focused on small business finance, digital financial inclusion and innovation in the financial sector. Prior to CGAP, he was the World Bank’s microfinance focal point for South Asia. From 2001 to 2008 he was CEO of the Pakistan Microfinance Network and from 1994 to 2003 he was CEO of the Aga Khan Rural Support Programme, a large rural development program in northern Pakistan, where he also helped establish First MicroFinanceBank, the first microfinance bank in Pakistan.