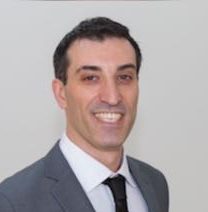 Matteo is a stalwart believer that capital markets have a key role in financing the transformation of our society into a zero-carbon and sustainable civilisation as envisioned by the Paris Agreement. His interests are in forestry, sustainable agriculture, renewable energy and biodiversity conservation. Matteo has extensive knowledge of the carbon market, CDM and international climate change policy.

Prior to joining FSD Africa, Matteo worked at the Climate Bonds Initiative as Head of the Certification and managed the Certification Scheme under the Climate Bonds Standard. He worked with and provided climate finance capacity building training to many green bond stakeholders around the world including external reviewers, government agencies, central banks, underwriters, green bond issuers and development banks.

From 2015 to end of 2016, he was Programme Manager for the Plan Vivo Foundation, a Scottish charity that manages the Plan Vivo Standard, a set of requirements for smallholders and rural communities wishing to generate voluntary carbon credits by managing their forests sustainably.

From 2009 to 2014, Matteo worked on the development of projects under the Clean Development Mechanism (CDM) of the Kyoto Protocol seeking to address energy needs in rural populations in West Africa (efficient cookstoves, solar energy and sustainable wood fuel).

From 2008 to 2009, he also worked in Beijing under the EU-China Clean Development Mechanism (CDM) Facilitation Project and conducted research on the effective sustainability of CDM and its impact on renewable energy in China.