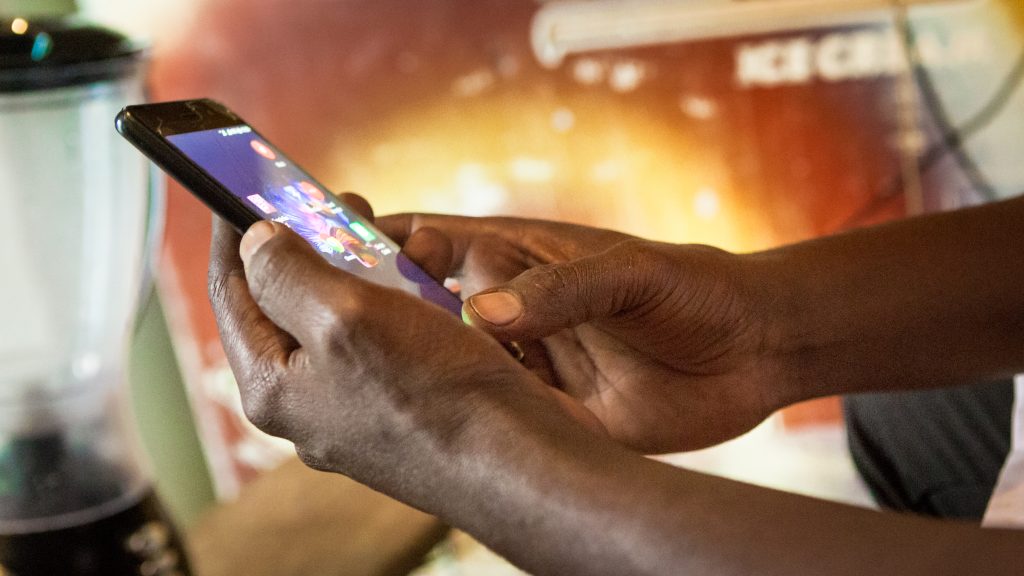 In the space of two decades, the smartphone has revolutionised communication and enabled millions to access the internet. This is particularly true in Africa, where it is estimated more households now own a mobile phone than have access to electricity or clean water.

Within Africa, Kenya is one of the most digitally connected countries, with more mobile phone registrations than people.[1] An estimated 96% of internet users gain access via a mobile device,[2] and Kenya also leads the world in the adoption of mobile money services, with over 79% of adults holding a mobile money account.

Nairobi is one of Africa’s most vibrant and connected cities. As the continent urbanises and more young people enter urban job markets, understanding how Nairobi’s micro-entrepreneurs operate in the digital age offers useful insights for cities across Africa.

Much has been written on the digital dividend that internet connectivity can bring in terms of accelerating growth, creating opportunities and delivering financial services. But it is difficult to know whether this dividend pays out to poorer households, who may be the last to own mobile phones and less able to afford access to the internet.

These were the issues explored by FSD Africa as part of the Youth Enterprise Grant, an innovative pilot project that provided smartphones and enterprise grants to 1,000 youth in Mathare, one of Nairobi’s largest slums.

The YEG project ran for two years, starting at the end of 2018. All participants lived in Mathare, with most aged 18–35. The project provided each participant with a smartphone and an enterprise grant totalling $1,200. Some received the money in three lump-sum payments at the start of the programme, while others received a monthly stipend of $50 over two years.

The project was implemented by cash transfer specialists GiveDirectly, who helped FSD Africa assess if and how young people used the money and the phone to improve their livelihoods. The research sought to ascertain the value of digital technology in building business skills and knowledge, money management and financial literacy.

The smartphones were pre-loaded with several apps. These included Facebook and M-PESA, the mobile money service via which the grants were paid. The phones were also loaded with Touch Doh, a money management app that uses animated characters, speaking in Sheng (Swahili street slang), to help users with budgeting. On Facebook, participants were helped to set up a profile (if they did not already have one) and become a member of the Hustle Fiti page, a business advice and chat group operated by Shujaaz Inc.

‘Covid lockdowns – just another crisis’: the resilience of Nairobi’s micro-entrepreneurs