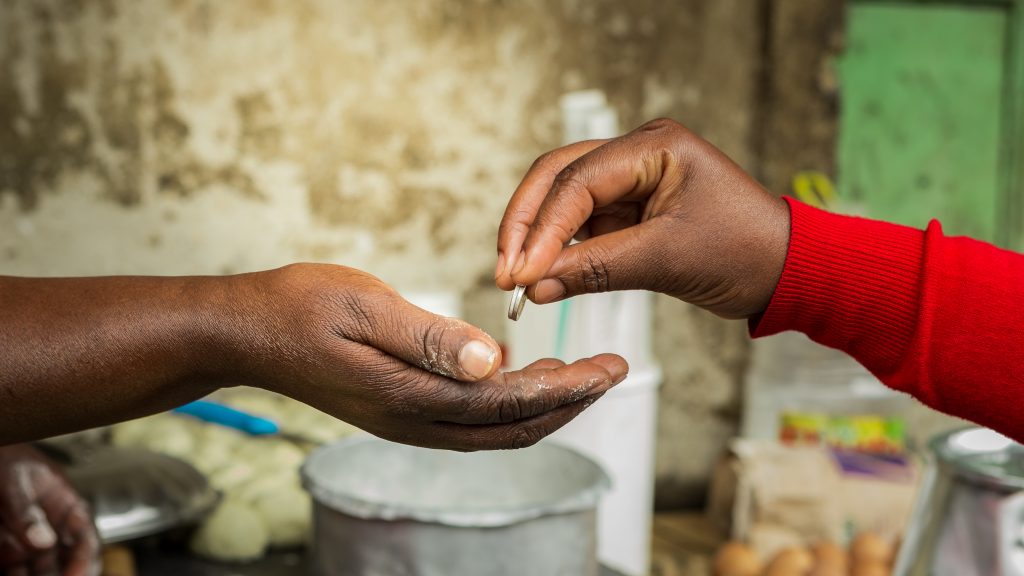 In March 2016, the Zambian government approved proposals to redesign the royalty regime for mining companies.  This involved introducing a new methodology for calculating Mineral Royalty Tax (MRT), linked to the prevailing copper price. Because mines can take several years to become profitable and start paying tax on those profits, MRT is an effective way for the government to get some tax revenue up front, rather than having to wait for mining operations to turn a profit.  The lack of clarity around MRT had been another major problem for an industry which had been battling to adjust to a collapse in global commodity prices and which had had to lay thousands of workers off.

For the 900,000 Zambians in formal employment, many of whom are mine workers, having a job also means having access to credit.  Banks like lending to salaried workers especially when they can do a bulk deal with the employer to make loans available to an entire workforce and collect the repayments through the payroll.  It’s efficient and, for the banks, more secure.

In fact, as FSD Africa research now shows, payroll lending now accounts for a third of all loans in the Zambian banking system and has emerged as the largest contributor to commercial bank loan portfolio growth every year since 2011. For several banks, payroll loans account for well over half of their total loan book. Government employees are responsible for nearly three quarters of outstanding loan schemes in mid-2014 and had the highest incidence of multiple borrowing.

Always controversial, payroll lending undoubtedly fuels consumer spending but, for those who have a payslip, it also provides financial access and a measure of economic empowerment.  For example, spending on housing in Zambia rose by 117% from 2006 to 2010, and much of this can be attributed to the availability of payroll loans.  But the reality is that lenders pay little attention to the reasons for borrowing. They make credit decisions based on the creditworthiness of the employer rather than of the borrower.  And so an environment develops in which in which the credit assessment process is relatively simple and there are strong incentives to over-lend.

Getting the right regulatory balance is therefore a big challenge.  Easy credit in an unfettered environment sees consumers “dance with the devil”, and with little protection.  Stifle access to credit and consumers are denied the opportunity to, quite literally, put a roof on their house.

Take, for example, the case of Mopani Copper Mines. Mopani is the biggest mining employer in Zambia according to Bloomberg, Africa’s second-largest copper producer, with 20,000 workers. At the end of 2015, the Lusaka Times reported that 3,051 workers were being laid off in response to the fall in the price of copper as part a debt reduction strategy by Glencore, Mopani’s owner.  Many of those laid off had loans outstanding to commercial banks.  These banks, it was alleged, had prior access to the retrenchment compensation that the workers were entitled to, with the result that workers received far less cash compensation than they were expecting.

The devil is the detail but it is the detail that can create disastrous outcomes for people in living in vulnerable circumstances.  Events like Mopani shine a spotlight on the relationship between labour markets and financial markets (is Mopani a story about workers’ rights or consumers’ rights?) and on the effectiveness of the contractual arrangements behind these loans.  What did the loan agreements actually say?  When the mine worker signed the loan agreement confirming that he understood all the terms and conditions (T&Cs), did he really understand them?  Did anyone test that?  Who actually explained the T&Cs to him – the bank? The employer? – and how much time did anyone actually take to explain the T&Cs?

The Zambian authorities have moved to deal with the threats posed by payroll lending.  The Banking and Financial Services Act limits the total amount of debt repayments and other deductions to 60% of gross income, leaving a minimum of 40% of gross pay as take-home or disposable pay.  Interest rate caps were imposed on micro-lenders in January 2013 in a well-meant attempt to keep the lid on the cost of borrowing for consumers:  the caps have, rightly, been removed now because they seemed to be having no dampening effect on the payroll lending industry and were even encouraging lenders to pursue lending strategies that were introducing systemic risk into the market.

Now, the Bank of Zambia, with support from FSD Africa, has launched a Market Monitoring System that will regularly gather much more granular data on credit market developments and trends so that problems can be picked up at an early stage.

It goes without saying that consumer protection is vital but so too is access to finance and we must strive to put in place a framework which allows credit markets to develop responsibly but which also safeguards borrowers’ legitimate interests and rights.

What is critical is that there should be proactive and well-informed regulation of credit markets with appropriate weight given to market conduct regulation, alongside the traditional approach of supervising the soundness of financial institutions.  Today, too few financial market regulators in Africa have the right institutional structure or capacity to manage the development of credit markets effectively.  Central banks should not think they can do this in their spare time. This is a significant problem at a time when there is a need for more responsible credit in Africa and when digital finance is introducing all sorts of opportunities but also threats.