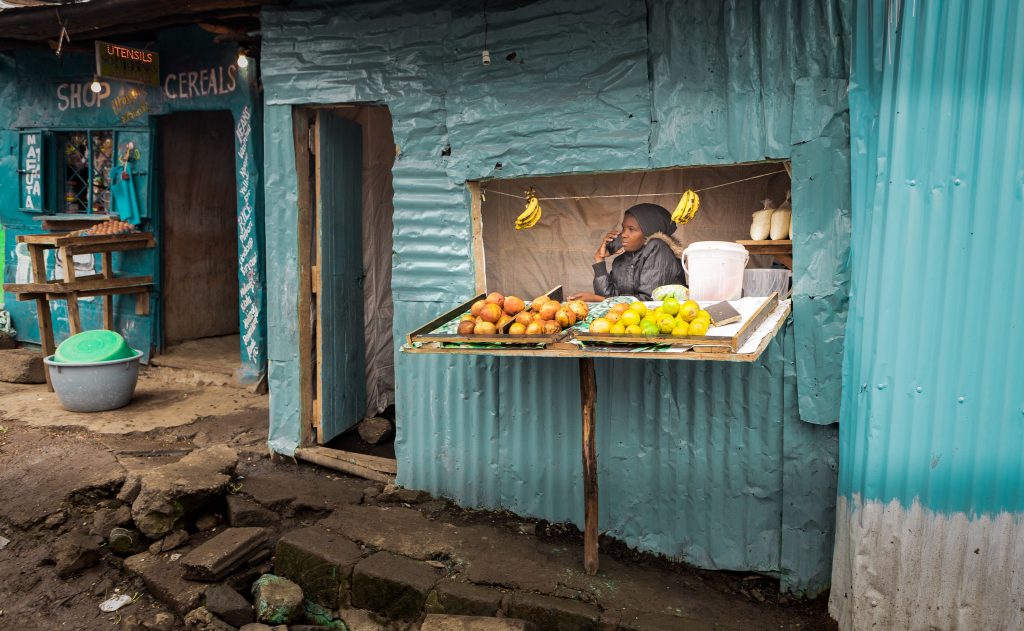 Saving groups have long been hailed as an important element of poverty reduction strategies for the most vulnerable in Africa and beyond.

In recent years, this focus has extended to interventions promoting youth savings groups, as policy makers recognise their populations are dominated by this demographic. However, portraying the creation of savings groups as an externally supported development intervention gives the impression that such groups can only emerge with external assistance, i.e. if they are funded, one way or another, by donors.

In reality, such groups are already ubiquitous, with the vast majority being self-initiated. This has been one of the interesting insights to emerge from FSD Africa’s Youth Enterprise Grant (YEG) pilot project.

YEG research is showing is that the best groups are not merely mechanisms to save and borrow money but play an important role in building the networks and social capital needed to survive in a precarious urban environment.

The YEG project is providing enterprise grants and a smartphone to over 1,000 young people aged 18-35 years living in Mathare, a low-income slum settlement in Nairobi. This two-year programme is implemented by cash transfer specialists GiveDirectly with funding from MasterCard Foundation, FSD Africa and the Google Impact Challenge Fund.  Primarily, the project is seeking to research how the youth use the money and the phone to improve their lives and livelihoods.  The transfers are unconditional, and the youth were selected for the pilot purely based on age, residence in Mathare and membership of an existing group structure. The criteria to enrol via groups were chosen for security and social support reasons, ensuring young people received money alongside peers in what is a highly insecure environment.  However, the range and role of the youth groups in Mathare has emerged as an interesting side story to the research.

In common with many low-income areas, Mathare contains many hundreds of groups – and many young people will be members of more than one.  In talking to the YEG participants it became clear that the nature of groups varies and although almost all have some form of savings and credit function, this is not always viewed as their most important activity. Groups range from the new and informal to the highly organised and long established.  Some groups emerged from young people’s engagement in leisure activities like a football team or a church group.  Such groups may operate an informal merry-go-round function but little else. However, others operate a wide range of savings, credit and income generating activities and describe themselves as fulfilling multiple objectives.

In urban settings groups may even replace the role of family providing a social, economic and psychological safety net.

Youth in low income urban areas are often very transient, with individuals having migrated from ‘up-country’ and having no family locally.  The proportion describing themselves as orphans or those raised by very loosely connected family members is high.  Many youth, particularly young men, live alone or share accommodation.

To me the group is more important than family because when I am in need even financially I can get any support from them, unlike from my family.

Joyce, member of a women’s group

One member described one of his group objectives as “to unite the youths and help the community”. In addition to weekly saving, the group operates a garbage collection service, rents out a video hall and sells water.  Other common group-based income generating activities mentioned included: running toilet and sanitation blocks; car wash businesses; rearing poultry and other livestock; and buying properties for commercial or residential rent.  Several groups have raised capital (one cited a loan of nearly US$4,000) for such activities from the Government’s youth fund ‘Uwezo’.

Groups are important in keeping people busy in the face of a lack of jobs and to prevent people from being pulled into crime, and almost all have a social role supporting members in times of hardship

The income-generating activities operated by groups rarely provide significant individual incomes as revenues usually have to be shared across 20 or more members.  However, activities such as manning toilet blocks or garbage collection require an ongoing rota of people to keep going and provide a low but steady income.

One of our major objectives was to create employment because there is a lot of unemployment.  We even had football matches just to try and bring people together to keep them occupied and away from engaging in crime.

Additionally, many groups report that they undertake many non-income generating activities such as counselling on HIV/AIDS, running dance troupes or football teams and taking a role in mentoring other youth or groups.  .

The strong social value of groups to individuals is likely to be a key factor in why they remain an important financial service for members, even where digital and other formal financial services exist such as in Nairobi.

If our member loses a loved one or a close family member, we usually contribute 500 each and give it to her to aid in burial preparations. If someone is in the hospital and they need our help, we contribute two hundred each.

Savings groups are often the only source able to provide loans of the size required to cover large expenses such as school fees or business start-up costs.

To save these amounts means putting money somewhere it cannot be easily accessed. This desire for illiquidity has emerged as a big issue for YEG recipients and one where group saving schemes help.  Women seem more likely to save and save more with their groups.  They also seem to be more open about discussing their business and investment ideas in their groups and hence can use their group members to hold them to their plans.

We act as each brother’s keeper, and it will help to hold people accountable to the businesses that they said they will set up. Like if I said I’ll be selling shoes and the money already came but there is no shoe business to show, group members will hold me accountable and ask, why haven’t you set up the shoe business.

What the YEG research is showing is that although groups are very important for saving and borrowing money, they provide youth with many other benefits.

The groups play an important role in empowering youth through building their social networks, creating a sense of purpose and often an individual’s identity.  YEG research shows group membership increases young people’s intrinsic motivation to achieve things for themselves and their communities that would be impossible to do alone.   This means they represent valuable change agents and potentially useful conduits via which to co-create ideas and services.

The project is keen to explore the role of such groups in building resilience through crisis such as the current COVID-19 pandemic and their possible role as hubs for sharing and building business (and other) skills and knowledge.  The self-sufficiency and longevity of many groups is evidence of their value to their members.

Why cash can work