Harbingers of doom? bank failures in Africa – how to interpret these 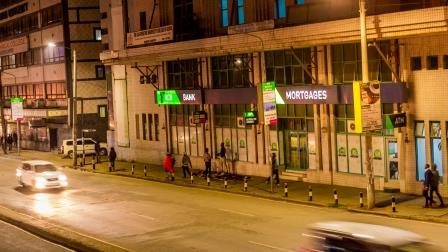 Yesterday, Zambia’s central bank announced it had taken over a commercial bank, Intermarket, after the latter failed to come up with the capital it needed to satisfy new minimum capital requirements. Three weeks ago, a Mozambican bank – Nosso Banco – had its licence cancelled, less than two months after another Mozambican bank, Moza Banco, was placed under emergency administration.

At the end of October, the Bank of Tanzania stepped in to replace the management at Twiga Bancorp, a government-owned financial institution which was reported to have negative capital of TSh21 billion.  A week before that, just over the border in Uganda, Crane Bank, with its estimated 500,000 customers, was taken over by the central bank, having become “seriously undercapitalised”. In DR Congo, the long-running saga of BIAC, the country’s third largest bank, continued in 2016, forced to limit cash withdrawals after the termination of a credit line from the central bank. And in Kenya, Chase Bank collapsed in April, barely six months after the failure of Imperial.

How are we to interpret this? It seems that 2016 is the year in which latent fragility in Africa’s banking sectors is being laid bare.  After years in which observers have favourably contrasted the relative stability of African banking with the financial sector chaos in Europe and the US, it seems that three critical perils – mismanagement, political interference and economic woes – are conspiring to transform the landscape of African banking into a decidedly treacherous place for depositors and investors.

We have had remarkably few bank failures in Africa in recent years and yet this sudden uptick in stories like Crane and Chase, against a backdrop of economic challenges in many places, raises the question as to whether there is worse to come.

Mismanagement and/or political interference have been at the root of most bank collapses over the past few decades. Martin Brownbridge’s grimly fascinating analysis[1] on this subject from 1998 concluded that “moral hazard, with the adoption of high-risk lending strategies, in some cases involving insider lending” was behind most of the bank collapses in the 1990s. This certainly resonates today. Catastrophic lapses in governance rather than economic malaise are alleged to be behind the recent Kenyan bank failures (although their shareholders and directors vigorously refute this) – but how else can you explain why a small number of banks fail when the sector as a whole has been returning well over 20% on its equity for the past several years?

There are some excellent programmes like Accions’s Africa Board Fellowship Program, which aims to strengthen capacity at financial institutions because their promoters understand that weak governance undermines trust in the financial system and is therefore very bad for financial inclusion. But it is one thing to know what you’re supposed to do as a bank board director – quite another to actually do it.

Each bank failure seems to have its own special story – and we derive comfort from this. It is somehow reassuring to think that that might be the case because the prospect of a system-wide failure is so awful.

And each country context has particular features that impinge on the stability of the financial system. There are deep concerns in Kenya, for example, that the recent imposition of interest rate caps is going to result in a very messy period of bank failures and/or consolidation.

Well, one pattern might actually be positive – that central banks are intervening more, and more quickly, to weed out the miscreants, less cowed by the politicians than they might have been in the past and more concerned to protect their well-earned professional reputations. Another is that central banks are finally implementing the increases in minimum capital requirements which many have been talking about for years with the inevitable intended consequence that some banks will be forced to get out of the market.

These might be two good reasons why we are seeing more collapses. You could say that’s excellent news for the future of African banking. But perhaps only to a point. There is still the risk that the cumulative effect of bank failures as a result of zealous supervisory action causes a loss of faith in the entire system resulting in mass panic and the withdrawal of deposits and credit lines.

Also, the inevitable result of this would be fewer, bigger banks which may have negative consequences for competition and access – although it worth pointing out that Tanzania, which has 55 commercial banks, still only manages to bank around 12% of its adult population (FinScope).

The more concerning issue is the impact of underlying economic weakness. Leaving aside the paradox that some of these bank failures are taking place in economies that are growing quite fast (Kenya and Tanzania forecasting 6-7% GDP growth), lower commodity prices and their pervasive impact across African economies are going to make life much tougher for banks – especially if they are poorly managed and have political skeletons in their cupboards.

One problem we have, especially when economic conditions are changing fast and for the worse (as in Mozambique), is that data is often out of date and is not sufficiently disaggregated. So, when we look at Africa as a whole, or even the banking system of one country as a whole, the averages we tend to look at create a blithely benign picture which masks dramatic variations.

We think the African banking sector is in for a rocky ride in 2017 and 2018 and, in the short term, this is not good news for the real economy. However, one industry that is set to grow, surely, is central banking supervision.