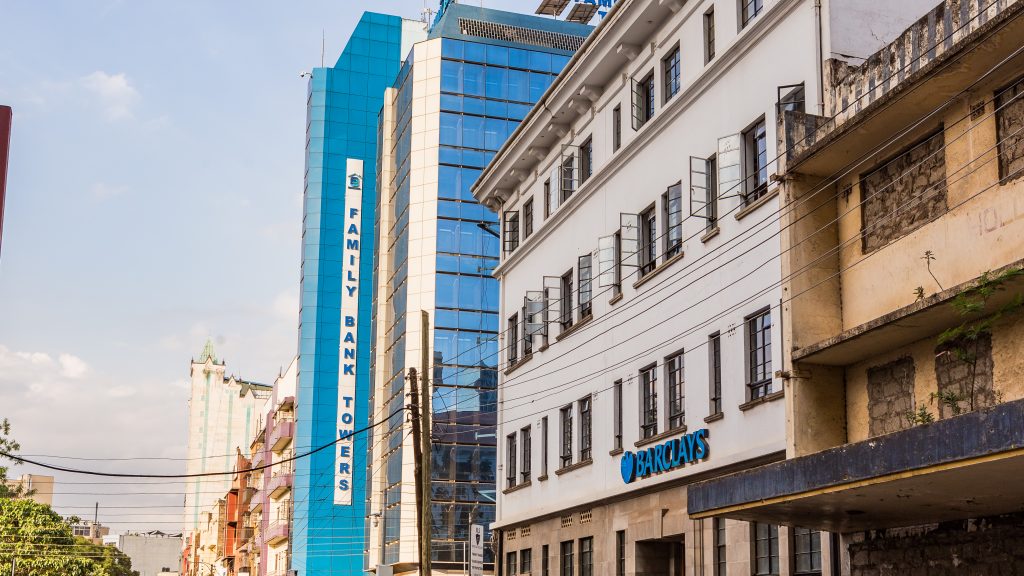 If you open the World Bank’s Global Financial Development Database and compare the data on private credit against total population, it is instructive to note the markedly different growth rates. In the developing economies of sub-Saharan Africa, credit extension has grown fairly impressively in the last 10 years albeit off a low base—from 10 percent to 18 percent. However, the total population of the region has grown by nearly a third, and now stands at 1 billion people. These disparate numbers suggest that credit is not growing fast enough to build the infrastructure and create the jobs needed to support this rapidly growing, young population.

THE IMPORTANCE OF CREDIT

For the majority who live on the continent, especially those living in cities contending with rising food and fuel prices, their ability to build or acquire assets is extremely constrained. For most people, access to credit is not about investing in buildings or businesses.  It’s about managing daily challenges.  In short, credit is a necessity, the means by which people can “stay in the game.”

For sure, easier access to credit—through, for example, credit and store cards as well as mobile-based loan product innovations like M-Shwari, Branch, and Tala—helps with consumption smoothing.  But in Africa today there is not much that credit markets can offer the economically active “near poor” to help them build capital in a meaningful sense.

In developed economies, housing finance has allowed countless millions over the decades to build household wealth.  Yet in Africa, mortgage markets are extremely thin. In Uganda, there are an estimated 5,000 mortgages for a population of 41 million while in Tanzania, there are only 3,500 mortgages in a country with a population of 55 million.  Market dysfunction like this means that people without land or buildings do not benefit from the asset-price inflation that creates unearned wealth for those who already have capital, and so we see societies becoming dangerously divided and unequal.

Credit extension in Africa lags behind other regions of the world to a dramatic extent.  While the ratio of credit to GDP is only 18 percent in sub-Saharan Africa, comparable figures in South Asia and Latin America are 37 percent and 47 percent, respectively.  Across sub-Saharan Africa, central bankers and policymakers now realise that much bigger and better-functioning credit markets should be a priority outcome for their financial market reform strategies.

In the financial inclusion world, credit raises concerns because of the risks of over-indebtedness. Indeed, this is a worry in contexts such as in Kenya, where there has been a proliferation of different apps for online credit, and evidence is emerging that online credit is being used for unproductive activities, like online gambling. But we should not let this get in the way of the reality that Africa needs a lot more credit if economic development is keep pace with population growth.

Despite the importance of credit markets, we have not yet, collectively, made them a serious enough object of inquiry—and the consequences of not doing so are profound.

Credit market reform poses a challenge because credit straddles the entire financial market—from microcredit at the one end, through to capital markets, including project and bond finance, at the other. Credit also involves banks as well as non-bank financial institutions, including now fintechs and even telcos—so whose job is it to regulate credit markets? Central banks only? Or market conduct authorities with mandates that go beyond consumer credit into areas such as investor protection? Or dedicated credit regulators, such as South Africa’s National Credit Regulator? It is not always clear who should be responsible and so reform processes often lack leadership.

We also see credit market reform being promulgated in a fragmentary way.  For example, strengthening credit market infrastructure tends to be the preserve of those interested in the development of small and medium enterprise finance, while consumer protection tends to be looked at through a responsible finance lens—when in fact the different elements interrelate.  Credit market reform strategies should be much more joined up than they are.

There is currently no single African “observatory” monitoring the evolution of credit markets in Africa and no single Africa-based resource dedicated to combating credit market dysfunction. The past decade has seen numerous policy mis-steps in relation to credit markets, well-intended initiatives that have not been grounded in good evidence.  Better information exchange might have prevented these mistakes.  In Africa we lack effective mechanisms for knowledge sharing and peer learning around credit, a marked contrast to the plentiful knowledge sharing around related areas such as bank supervision and digital financial services.

There is also a vital need for African credit markets to take advantage of the increasing availability of concessional capital as donor organisations shift their funding towards returnable capital and away from grant finance. Blended finance capital structures, with their ability to de-risk and pump prime lending, should encourage banks and other lenders to explore new markets in a sustainable way, in which risks are appropriately shared.

In addition, there is a fundamental need for much better data on credit markets.  Without much more granular data by sector or by gender, it is going to be difficult for policymakers to implement effective strategies aimed at driving investment into essential industry sectors such as agriculture, housing, and infrastructure.

The Bank of Zambia, with support from FSD Africa, has been piloting an innovative scheme to improve data on credit markets. Under the scheme, all regulated financial institutions submit supplemental quarterly returns on their loan books to the central bank in return for which they get to see, in aggregate and by sector, trend data on the evolution of credit markets in Zambia.  In this way, they can benchmark their own performance against the performance of the entire industry. We think this will spur competition and innovation by private credit providers. The Zambian authorities, meanwhile, now have the information with which they can make informed choices about where to take credit markets in Zambia, and how to manage risks but also, crucially, how to foster innovation and where to target support.

Note: The Africa Growth Initiative at The Brookings Institute first posted this blog on 1 August 2018. This is a reproduction from the original with AGI’s permission.