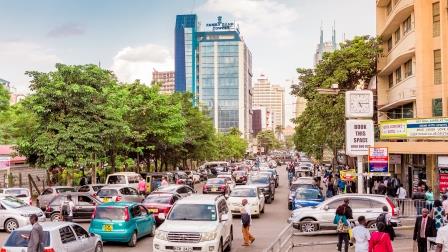 The significance of developing domestic capital markets as a means of financing priority sectors and driving economic development is increasingly being acknowledged by policy makers in Africa.

For instance, the African Union (AU), Agenda 2063, prioritises the development of capital markets on the continent to strengthen domestic resource mobilisation and double its contribution to development financing. Similar support is found in several national visions including Nigeria (FSS2020), Zambia (Vision 2030), Rwanda (Vision 2020), Uganda (Vision 2040) and Kenya (Vision 2030). About US$1 trillion in assets are currently held by pension, insurance and collective investment vehicles across sub-Saharan Africa. These funds have a serious problem finding enough investments that meet their risk and return requirements – there just isn’t enough “product” for them.  It means that there are projects today – e.g. in infrastructure – that are not getting financed. But this also has implications for the long-term ability of pension funds to produce adequate incomes for pensioners.

While central to facilitating SSA economic development, there has been little focus on understanding precisely why capital markets matter in Africa.

So why does Africa need capital markets? This article identifies five reason reasons:

About half of the countries in sub-Sahara Africa are classified as middle income according to the World Bank. In the last decade, 10 countries in sub-Saharan Africa including Kenya, Nigeria, Ghana and Zambia, have joined this middle-income rank. This implies that these countries will gradually be weaned off the World Bank Group’s concessional lending window, International Development Association (IDA). In addition, they can expect to receive less concessional funding from bilateral donors. This implies that many of these countries will need to access commercial funding sources. The Eurobond market, one of such sources, exposes countries to significant foreign currency risk, because these bonds are denominated in hard currencies, leading to higher chances of defaulting on this debt. Local currency capital markets can ideally complement external funding to meet developmental challenges.

According to the African Development Bank (AfDB), the share of Africans living in urban areas is set to rise from 36% in 2010 to 50% by 2030. Urbanisation at this rate can cause significant stress to infrastructure, social services and proliferation of slums. According to the United Nations Environmental Program (UNEP), Africa is projected to bear the greatest impact of climate change with the costs of adaption being estimated between 5-10% of GDP. Capital markets can contribute to financing of climate change investments through green bonds. Capital markets can also support urban development by financing urban infrastructure and housing projects. Capital markets instruments including Real Estate Investment Trusts (REITS), incorporating so-called Social REITS, can support affordable housing finance.

The income streams associated with key infrastructure and housing investments are often denominated in local currency. By funding these investments in long-term local currency instruments, governments and the private sector avoid foreign exchange and refinancing risks. The Asian financial crisis in the 1990s and the crisis in Latin America in the 1980s powerfully demonstrated the importance of developing local currency markets. In Asia, overexposure to foreign currency loans led to economic collapse in several countries. On the other hand, refinancing risk arises where short-term debt is used to fund long-term projects. Failure to roll over this debt in the short term can lead to high financing costs and potentially defaults. Numerous examples exist where this has resulted in collapsed companies and job losses.

The financial sector in Africa is relatively small and bank-dominated. There have been significant advances in the banking sector over the last decade with increasing access to previously excluded populations, especially using mobile technology. However, the banking sector remains characterised by high interest rate margins and high returns on equity and assets. This implies that the sector is not playing its intermediation role effectively. By developing capital markets, countries can facilitate the diversification of the financial sector, providing a useful complement to the banking sector (at times competing with the banking sector, at other times encouraging it, e.g. through risk sharing instruments, to play a bigger role in new areas) and providing the public and private sectors access to long-term financing which is so hard to come by in SSA.  Capital markets can also help create new kinds of institutions through equity investment, thus broadening the sources of supply of finance.

As a strategic response, FSDA aims to transform capital markets in Africa into a credible source of funding for the real and social sectors. The priorities over the next five years include the bond markets (both government and non-government), alternative finance (including fintech and crowd funding, REITs and Islamic Finance), and equity (public and private) market development. Support for non-government bonds will focus on green bonds and issues in both the real and social sectors.

FSDA will leverage technical assistance interventions on the regulatory front with transactions support, aimed at developing a pipeline of potential issuers, and catalytic investments through development capital (DevCap). FSDA also aims to build the information base around long term finance – databases currently are scarce and incomplete – and will work closely with institutional investors to build their capacity to invest in the newer asset classes. FSDA will actively forge partnerships to implement its long-term finance agenda.