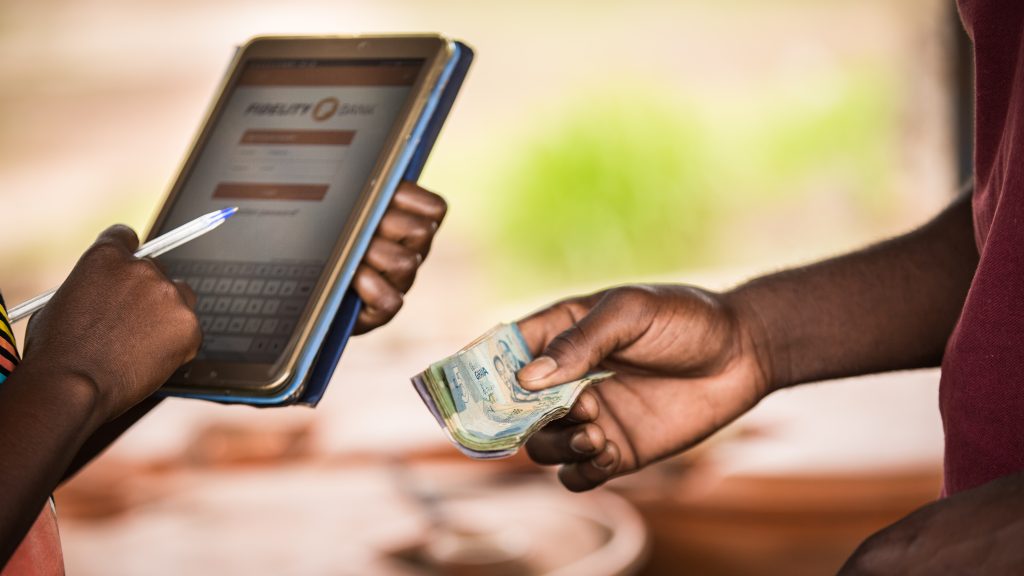 At the core of financial inclusion, work is the question of why markets fail to meet the needs of the poor both from a demand and supply-side perspective. In Ghana, for instance, 50% of the population is excluded from formal financial services. In its catalytic role, FSD Africa supported Fidelity Bank Ghana to test a branchless banking model commonly known as “agency banking”. The project has been dubbed “5x5x5” as it aims to bring banking services to 5 million Ghanaians through 5000 agents in 5 years.

What is Agency Banking?

Simply put, agency banking allows traditional banks, like Fidelity, to extend their reach of services in a cost-effective manner through authorised agents. Agency banking offers many benefits for poor consumers and established banks alike due to product availability, risk management and improvement in financial inclusion.

The role of agency banking has been magnified during the COVID-19 pandemic. In the advent of COVID, agents served as alternative channels for Fidelity Bank during the lockdown when about 38 branches were temporarily closed. Fidelity deployed posters that referred customers of the closed branches to the nearest agent points. As the positive cases started appearing, agents embraced protocol measures to operate in a safe environment. Deep into the lockdown, 74% of average daily active agents were still operating, serving as a major channel for cash-in and deposit mobilization. The Government’s COVID Alleviation Program promoted digital services across the country as a way of reducing the negative economic impact on SMSEs and the health risks associated with handling cash. As a result, security officers permitted agents to continue movement to enable their business activities. In essence, the agents were recognised as an essential service.

FSD Africa’s project with Fidelity takes a market systems approach, which is underscored by the need to change the behaviour of market players. A deep understanding of the financial market’s pain points is required to develop appropriate interventions that catalyse change. Successful interventions become incentives for other players to modify their behaviours while unsuccessful ones provide important learning points for future programme design. They also act as demonstrations that should ultimately lead to large scale change for the individuals, informal sector players, the private and/or public sector.

Fidelity had a first-mover advantage when it acquired the agency banking licence from the Central Bank of Ghana in 2014. As a result of FSD Africa’s technical assistance, the project has enabled 860,000 Ghanaians to access financial services through 3,800 agents. In addition to this, the project has catalysed market system change by making formal financial services (safe savings) more readily accessible and available to low-income users in urban, peri-urban and rural areas.

By the mid-point of the project, over 1.5 million Ghanaians (over 30% of whom are women), across every region of the country were accessing mobile-based savings. Customers stated that they had previously not used formal financial services or had lost trust in banking services before joining Fidelity through its agent banking services. Customers also experienced increased resilience, confidence, food security and decision-making opportunities.

At the institutional level, the project has been mainstreamed within the bank’s business-as-usual environment to ensure sustainability. From the agency banking network, Fidelity is able to leverage the cheaper retail deposits for intermediation and this also provides an opportunity for cross-selling.

The agents too have increased their income-generating activities through direct smart account activities, as well as cross-selling opportunities. The additional income stream has resulted in the expansion of agents’ businesses, with some letting go of their existing businesses to allow them to offer dedicated agency banking services due to the increased returns. The capacity building that Fidelity offers its agents has increased the agents’ own knowledge, while also leading to improved attitudes, practices and efficiencies on the part of their customers.

The successful rollout of the agency banking project has also enabled the bank to develop additional digital products like credit products that will increase the array of product offerings to the Ghanaian lower-income population.

The 5X5X5 project has formed the blueprint for inclusive banking by demonstrating a successful agency banking model for other Ghanaian banks. There is already replication taking place thanks to the pioneering efforts of Fidelity and FSD Africa with 3 other banks reaching out to Fidelity for support to roll out their agency banking networks, as well as other banks showing interest. The Fidelity project also catalysed a regulatory review of agency banking laws in Ghana which resulted in an increase in the number of agents a bank can enrol.

We seek to test models that are perceived to be “too risky” for the private sector to take on. By sharing the risk, and demonstrating the success of the agency project, we have catalysed other players to copy and replicate the model. We hope other donors and market players will recognise the potential for the agency model to reach low-income consumers, and therefore support more FSPs in other sub-Saharan countries, or even globally.

Please get in touch if you’d like to know more.